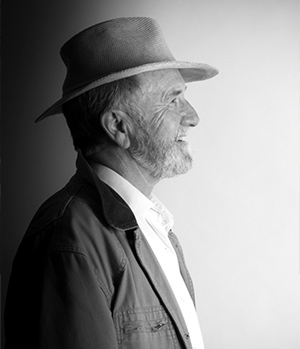 Doug McPhillips , adventurer and founder of Caminoway.com.au commenced this journey of discovery over a decade ago as a result of life changing experiences.The broad and expansive journey of his Camino is more than a geographic excursion.

The many tracks he  traversed on the Camino de Santiago taught lessons of health, wealth and happiness. The people he met along the way and the inward discovery on his 800km trek from St. Jean-Pied-de-Port in France to Santiago Spain has resulted in his albums of poetry, songs and a novels of his life experience inspired by the journey.

Doug has also walked the Portugue's Camino from Lisbon to Santiago and twice walked the French route.

He has also produced the essentials of walking gear and a survival kit for experienced and inexperienced walkers and a travel guide.

Narration of The WAY.

Herein lay the  stories, poems and songs  of Doug's 800km spiritual journeys on the Camino.

The Way trekked  by pilgrims for over 1000 years, to the Santiago Cathedral where the relics of St. James the apostle of Christ are reported to be located.

Throughout Doug's stories we learn about St. James, the reason why so many make the pilgrimage and much of the fascinating  history of northern Spain from biblical times to the medieval period and beyond. It's an opportunity to read about The Way's ancient myths and legends- many of which are believed even today. As an older man, his Camino journeys were undeniably  extremely physical, but more significantly, spiritually and emotional healing.

"The Way is  a journey of an awakening and  enlightened  experience. It taught me  not to be burdened by  need -nor even the desire-for the material manifestations of what society usually considers marks of success in this world." A comment from Doug after his last Camino.

It's a chronicle of  the myths, legends and folklore Doug experiences along The Way and  soul searching tales which is fused with the life experiences of other Pilgrims Doug encounters on his journeys.

Appearing throughout the stories are several of Doug's poems ,inspired either by people he met or events he encountered along The Way. All are written in an engagingly musical and enjoyable style , adding to the overall experience of sharing Doug's remarkable journeys.

There is much to be enjoyed , and a great deal to be learned from Doug's inspirational stories   and songs of his Camino journeys. Doug hope is that readers will become inspired to make the pilgrimage themselves. Check it all out on the CDs and Book pages of this website.

Doug was one of the panel members of the special Q+A preview screening of "Walking the Camino" - an independently produced documentary film that captures the trials and tribulations of six modern-day pilgrims as they cope with blisters, exhaustion, loneliness, and self-doubt to triumph over the fears and prejudices that have become roadblocks in their own lives.

Profit from the sale of Doug's books, songs and walking gear helps support those in need. 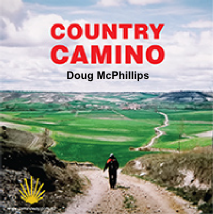 Country Camino, the CD, is a unique journey inward whilst hiking the Camino de Santiago.
The songs and poems takes the listener on a track of memories from childhood to the present with happy and sad songs that are both personal and rewarding.
Doug McPhillips writes and sings in a true Australian style with majestic melody. more